Tomorrow is 24 Hour Comics Day (though that website has a bad countdown clock on it). If you follow my Tumblr you may already know about this, but… I’ve been working on a computer program to make comics for me (I call them “autocomics”) with the goal (at least a mid-stage goal) of generating 24 24 page comics for 24 Hour Comics Day. That’s 570 pages total. The biggest damn 24 hour comic ever. At 12:01 tonight I’ll start my work. The 24 pages should be done in a few minutes. Then I’ll take a break and make 24 more at 1:01, and so on.

Unfortunately, I’ve been so busy with my job and some other projects that I haven’t had time to work up a system so you’ll be able to view these comics as they are generated. I’m making them print resolution (it’ll be a few GB of images by the end of the day), and I’d have to resize them on the back end, generate the html, etc. Not a ton of work, but there just hasn’t been time. So, I’ll start posting the results on Tuesday… Tuesday? Yes, that’s because I’m actually going to be away at the beach while making these comics… Isn’t that the proper way to make comics, anyway?

I’ll post more about how they are being made some other time (it’s a combo of js, php, and html for the comics themselves and phantomjs and launchd for the activation).

As a preview here’s a short comic from the test run I ran last night (from 2:55-2:57am). This one’s only 8 pages (2 panels a page displayed as spreads, which is how I imagine them printed), but it gives you a pretty good idea of what will be made. 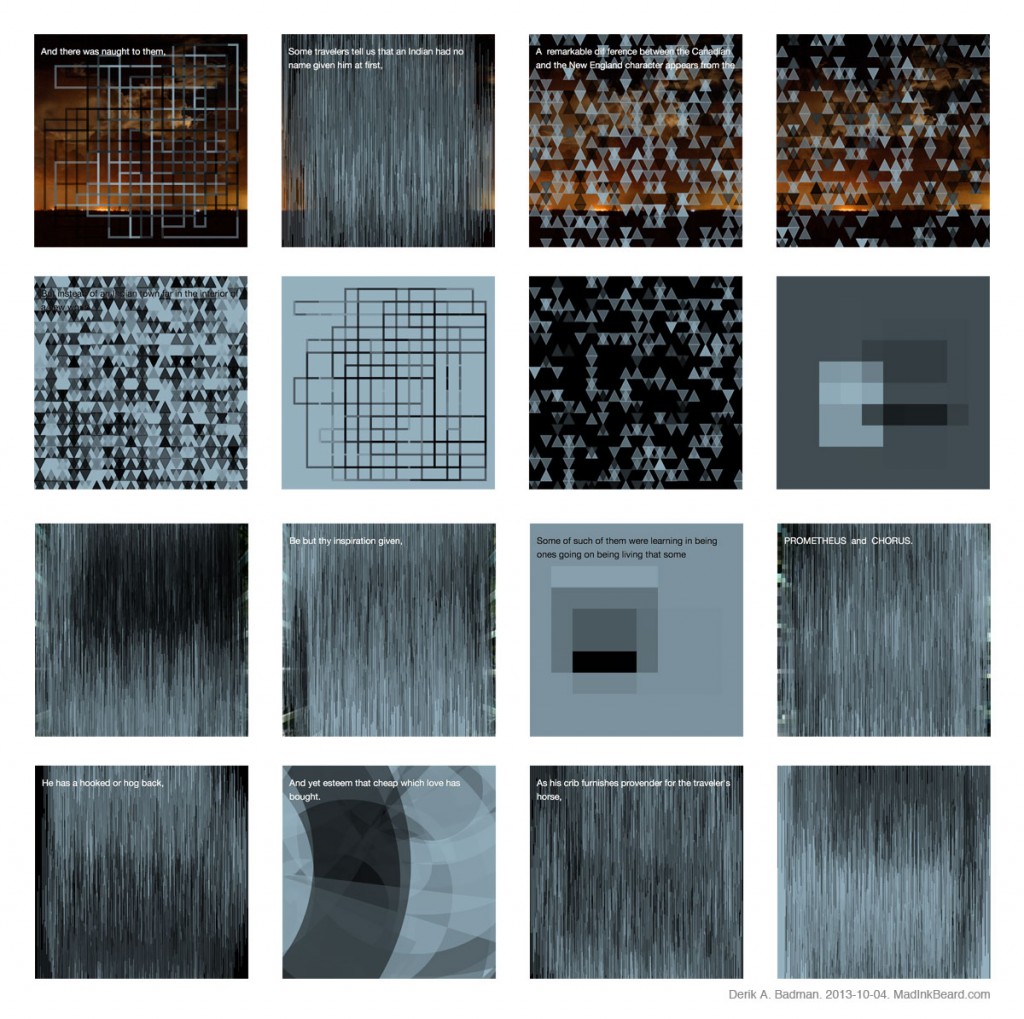 (Sorry for the weird layout. Turns out my lightbox script doesn’t handle really wide/tall images well. Don’t have time to fix that now.)

In other news… it’s almost November (already!?), which means it’s time to state your intentions to participate in 30 Days of Comics 2014! This will be year 5 for me doing it.

Learn more about 30 Days of Comics. No sign up necessary. Just use the hashtag.