This comic started as my attempt at a comics for 24 Hour Comic Day in October 2011. Unsatisfied with the results I stopped at page 17 that day, but later returned to the comic, treating the first attempt as a draft for a new version. Like many of my recent works it is semi-narrative (more narrative than “Badman’s Cave”), semi-abstract work using appropriated sources. The text is taken primarily from DeFoe’s Robinson Crusoe, though the first page comes from Burton’s Anatomy of Melancholy. A portion of the art is also redrawn from old comics of the 40’s and 50’s including work by Bob Powell (Cave Girl 11-14 and Thun’da 2-6), Matt Baker (Teen-Age Romance 14, Seven Seas Comics 1, Fight Comics 64, and Rulah 19), Jesse Marsh (Tarzan 24, 50, 110, and 119 and Gene Autry 27), Ric Estrada (Teen-age Temptations 3), and Jim Mooney (Teen-age Temptations 4). The majority of these comics can be found at the Digital Comics Museum.

“The way he juxtaposes Crusoe author Daniel DeFoe’s prose regarding desire and danger with both the sort of action one would see in a jungle comic and the yearning found in a romance comic is especially clever.”-Rob Clough

Here are the first 9 pages: 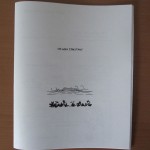 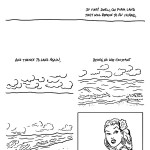 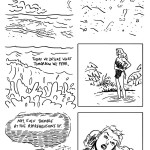 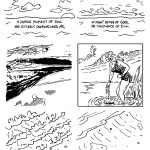 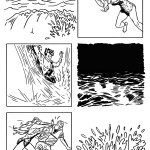 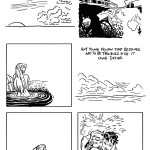 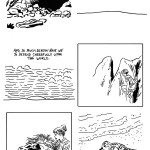 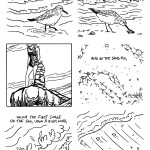 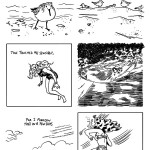 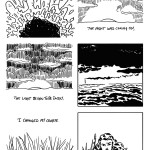