Andrei Molotiu pointed me towards the works of Pierre Alechinsky, a painter I was not familiar with, though I have heard of the group he was associated with, COBRA (some of whom later went on to join with parts of the Lettrist group to form the Situationist International). A quick Google Image search will bring up a number of his works. Of interest here are a series of mostly acrylic and ink works on paper and canvas he did that include a central painted image and a number of inked panels. The panels often encircle the central image, though occasionally they just take up the bottom side (where one could see the connection to the Twombly painting I posted the other week).

I checked out a French catalogue of a Alechincky restrospective (Alechinsky: galerie nationale du Jeu de Paume (1998)) which has a nice selection of these works (and includes one of Alain Robbe-Grillet’s traditionally abstract story-essays).

While there seems to be a comic influence, the panels don’t usually follow any clear sequential narrative. Though in a few of them, there are moments of clear transitional connections from one panel to the next. Often the abstract images contain repeated shapes or motifs that give the appearance of movement or transformation.

Here are a few examples from the catalogue (click for larger views): 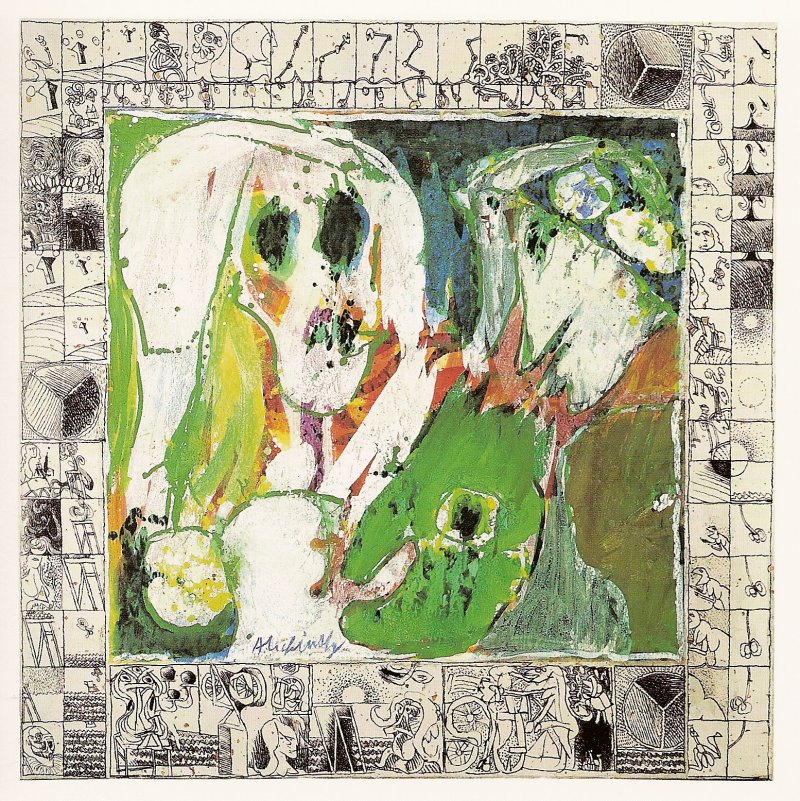 Here’s a detail from the top (detail 1) and one from the right side (detail 2). This show a closer sense of time and movement than many of his works. 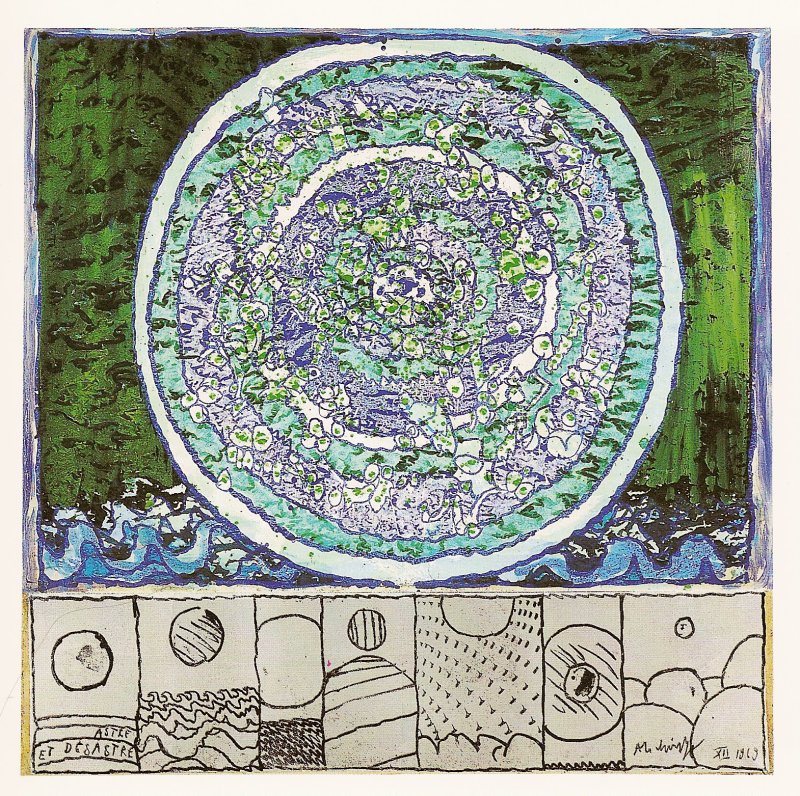 “Astre et Désastre” [Star and Disaster (though in the original there is some wordplay, one might also call it “Star and Unstar” or such)] (1969)

A detail of the panels on the bottom(detail). Here we see an example of a repetition of visual motif that gives a sense of movement, tranformation, and time, but less explicitly than the example above. 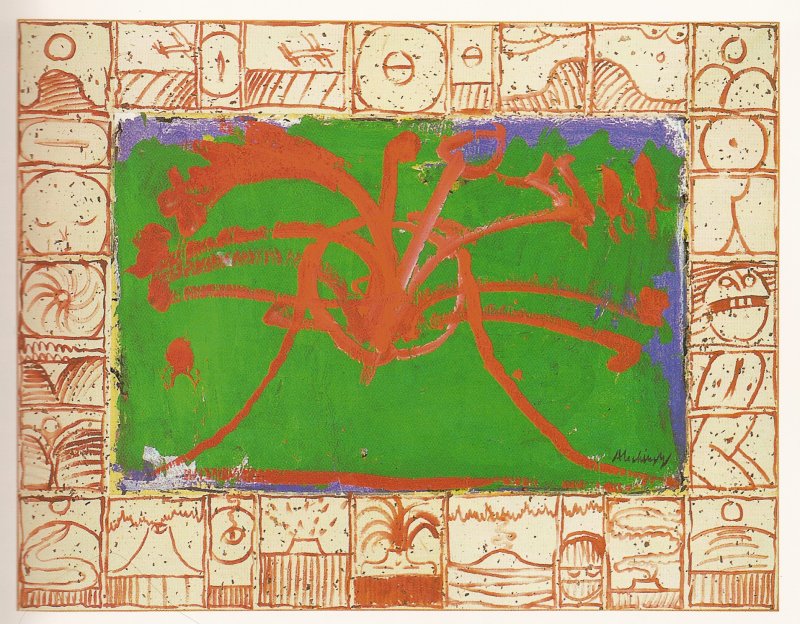 Here we see some movement and tranformation as well as various repeated visual motifs.

I’ve got an excerpt from one of the essays to post that discusses these multipanelled works, but it’ll require some translation, so that will have to wait until tomorrow or Wednesday.