Chosen as a Notable comic for The Best American Comics 2012

A 24 page partially abstract comic created from appropriated image and text. I will be bold enough to call it “comics poetry,” and hope that it might mean something in that context. From the interior:

The images in this comic are appropriated, edited, and redrawn images from “Gene Autry and the Secret of Badman’s Cove” in Gene Autry Comics #19 (1948) as drawn by Jesse Marsh. You can download a scan of the original comic from the Digital Comic Museum at: http://digitalcomicmuseum.com/index.php?dlid=11930 The text in this comic is appropriated from various books. Each fragment is from a different work, some are slightly edited. Because the excerpts are so short I did not record all the sources, which were found using a keyword combination including the word “cave” (my misreading of the original comic’s title) and a word or words from the original text in the panel where I was placing the new text

…This was the most interesting instance of comics-as-poetry in the group, given its ambition and complexity… this is Badman’s most fascinating and successful comics experiment to date. 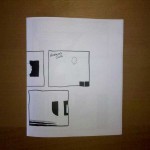 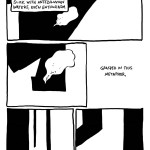 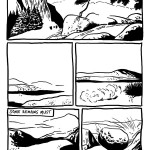 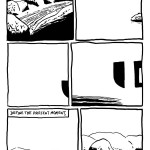 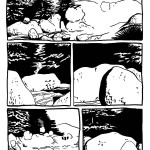 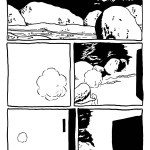