On Friday an article of mine went up at The Comics Journal. It’s been titled “Crepax: Misperceived Master of the Comics Form” and is me talking about Guido Crepax, Valentina (his primary character), and the recent The Complete Crepax Vol.4 (Fantagraphics, 2019). Go read it! Tell me what you think.

I’ve been eagerly anticipating the Complete Crepax series ever since I heard it was forthcoming. My previous experience of his work was limited and not ideal: scans of some of the previous English volumes, scans of stories from Heavy Metal, a few French translations (old and new). None of it was well reproduced and it was all fragments and bits, but I knew enough to see how great Crepax was at making comics. Each year, I’ve been preordering this new Complete edition ridiculously early and then impatiently awaiting the publication. They have not so far disappointed, but one thing that has is the apparent complete lack of any coverage or discussion of them. I barely see them mentioned, and I don’t think I’ve seen a single review over the past years. So, finally I decided I should write something to draw some small bit of attention to the series, and thankfully Tucker at TCJ was interested.

I’m fairly happy with the piece as a whole. It has a sort of argument that sort of gets followed through. I managed to make a connection to some other comics/artists (there were more originally but I cut a lot of it out). I included a few images to try to impress the reader. I made what I think is at least one interesting assertion (the Valentina/Maggie comparison). I could have gone on and on about various example pages and panels (I really had to control that urge) and there were a number of other threads I would have liked to have followed if they fit, but they all ended up tangential to my main point, which I guess is: “Read Crepax.”

Here’s a bonus image from the book, wherein we see Crepax being creepy. 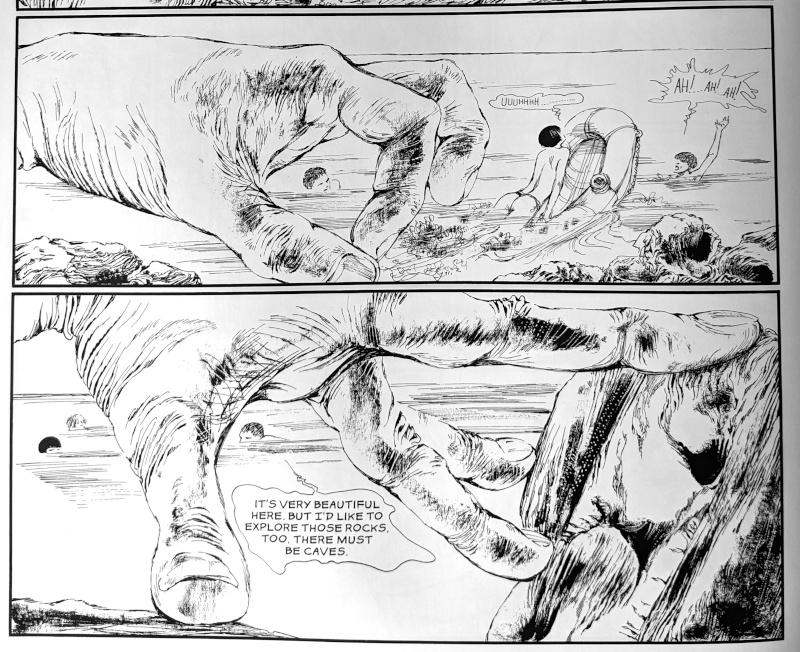