Things Change: The Metamorphoses Comics, my second webcomic series, ran from August 2006-November 2009. The stories were loosely based on Ovid’s Metamorphoses and like the webcomic that preceded it, was an ongoing series of experiments for me. You can download free pdfs of each book, which are much easier to read than the original archives, which I have removed.

This one’s the first half of single long story. Contains: Pyramus and Thisbe, Mars and Venus, The Sun and Leucothoes.

[Book Four is broken up into two volumes because halfway through the pages switched from a four panel strip to a four panel square page.]

This one’s the second half of single long story. Contains: Salmacis and Hermaphroditus, Ino and Athamus, Metamorphosis of Cadmus, Perseus.

My favorite section of the comic to date was published March-June 2007. Badman’s creativity in these months feels especially fertile and liberated. The visions in the church reflect the fragmentation, reassurance, and transformational power typically associated with religious experience. But while such experiences are reputedly humbling and confusing, they can also create a profound sense of unity with all of creation. Executed in lavender, a spring-time color, the awakening is simple, and profound. The Mercury stories which follow are fearless, and June 24th’s “Touchstone” grounds our presence in the story which follows.

It’s been said that poetry is “the rhythmical creation of beauty in words” (Poe). THINGS CHANGE is comix-poetry. From Panel to Page to Chapter, from Figures to Balloons to Colors, it is ‘rhythmic creation of beauty in comix.’ The resultant story is surreal, strange and reflective; Badman’s comix poems stay with you long after you read them. With Book Three recently wrapped and Book Four just starting, THINGS CHANGE is a modern-day Art-House Comix classic.

Contemporary stories inspired by Ovid’s Metamorphoses (which were themselves Greek myths updated for a Roman audience), with no gods or magic involved. The earlier stories were mostly interesting experiments in form and irony, but the third book has been utterly compelling reading so far. A young widower, whose wife’s death was coincidentally linked with his encounter with a beautiful near neighbour, and a teenage boy who has been careless with the affections of his female classmates, seem to be about to share a similar fate. 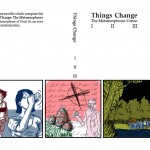 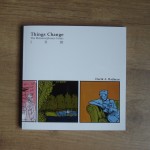 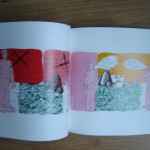 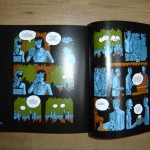 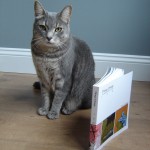