Papercutter is a short anthology that features one longer story and two shorter ones by different artists. Somewhere along the line it crossed onto my radar and I picked up these two issues from the Parcell Press shop.

Issue 2 is by far the most interesting of the two, for the sole reason of Becca Taylor’s amazing “Cherchez La Femme”. The story is a collage of appropriated text and images (at least some of which are redrawn appropriations (you can find the cover image on Google in a slightly altered form)) that uses a slight fictional veneer to discuss Aileen Wuornos, Charlize Theron, and the movie Monster, wherein Theron played Wuornos a serial killer who was put to death in the nineties.

The text is a taken from the protagonists themselves, newspapers, film critics, court documents (I think), and other sources. If she didn’t note such at the end of the story, I would not have assumed that all the text was appropriated. Though some are obviously quoted, Taylor skillfully weaves the various texts together to blur such distinctions in many of the cases.

The images are a combination of pencil and ink drawings: a sinuous ink line that is often joined by hatched pencil shading. Taylor has redrawn a vast number of appropriated images and gives them a homogenous look. Her style here is quite alluring: at times almost schematic yet punctuated by grey tones that add depth and variety.

Taylor’s pages are loosely panelled compositions of juxtaposed and overlapping text and drawings. They read more as single page entities than a gathering of individual panels. Occasionally the flow of the page is confused, but the fragmented nature of the work doesn’t seem to necessitate any particularly rigid order of reading.

These collaged elements, so beautifully joined, meditate on the lives of these two women and their representations. Like most good art it does not force any conclusions on the reader, but it does, through the juxtaposition of the elements, provide room for thought and interpretation. 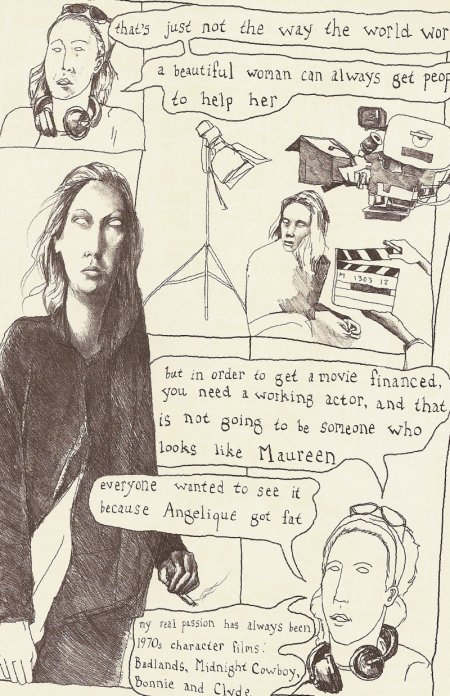 Paul Tobin (writer) and Colleen Coover’s (artist) “Criminal Intent” tells a story of a female burglar in a cat costume in a small town. The story is almost a fairy tale and has the feel of an allegory. It is most notable for Coover’s sleek and simple artwork, part Disney, part Archie, part manga, as well as the often ironic gap between the images and the narrated text. 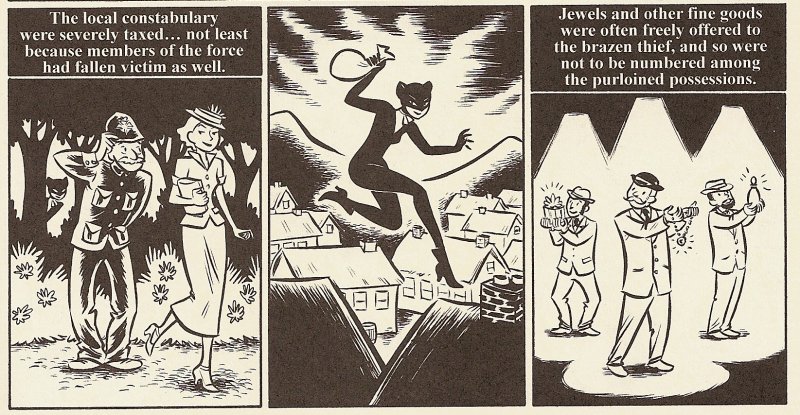 Liz Prince’s very short “Ghost Buddies” looks and reads like a throwaway, especially in the context of the other two stories. An autobiographical tale of non-event in an uninteresting style. Why bother?

Issue 4 starts off with a long story by Sarah Oleksyk called “Graveyard” about a young woman working late night at a copy shop who becomes briefly involved with a homeless drug addicted young man. Her style is decent but nothing stands out from it except an expressive use of figure posing. The story itself is a brief tale of kindness that reads like an autobiographical tale (I have no idea if it is), narrowly focused and not very interesting.

John Porcellino’s “Snowstorm” is 5 pages of about what you’d expect from a contemporary Porcellino story. It’s perfectly average for him. 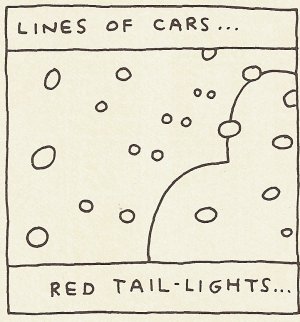 Vanessa Davis is a comic artist I’ve only read occasionally in anthologies. All her stories seem to be autobiographical and done in a loose ink line with wash style that I do like. She tends to compose her pages with borderless, marginless panels that overlap and merge in different ways, often creating visual density. “Night Moves” consists of 8 vignettes in 9 pages (all taking up one page, except the one that runs across two pages) featuring Vanessa out at night at some party, bar, club, or street. They read like diary records of isolated moments (which I believe they are). Not to my interest. I like her visual style, and I’d sure love to see it put to an interesting use (which so far I haven’t seen).

Depending on your tastes, Papercutter is an anthology worth checking out, featuring artists that are both familiar and new. Issue 2 is definitely worth the price tag for Becca Taylor’s story alone, but I find issue 4 less satisfying. They are nicely printed on good paper with a cardstock color cover, a good deal for $3. I’ll keep my eye on future issues to see who is featured.