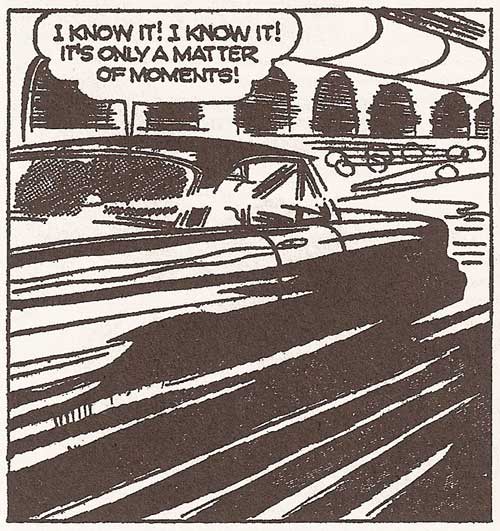 I love the kinetic energy in this panel. Krigstein doesn’t even bother to draw wheels on the car. The background is just an abstraction of repeated shapes that hint at some kind of structure (and possibly little circles representing people?). He also gets all the lines heading towards a single point, which is one of the protagonists running out of the car in the next panel. This is one of the simpler examples of Krigstein showing movement with a streaky, repetitions, stroboscope like effect. In being less ostentatious is integrates better with a lot of the panels which have a traditional rendering to them. 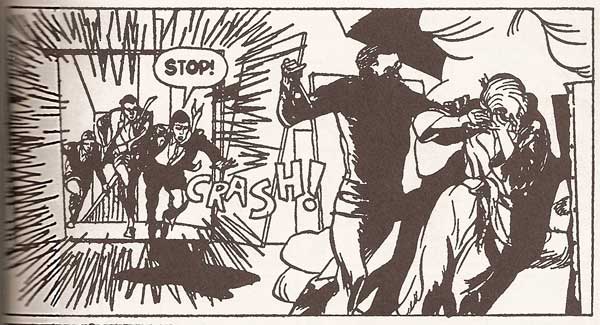 This panel follows two after the above. I love the jagged explosion of energy emanating from the police breaking down the door. Another kinetic image, though using a comics convention. The way Krigstein just draws the line around the door seems unusual to me, though perhaps it is not so much. (Also the “crash” sound effect has a Toth-like appearance to it.)

I really need to read Sadowski’s B. Krigstein Vol. 1 which has been sitting on my shelf for a few months.